In April, I was witness to a birth and death in my family. My nephew came into this world on April 22 and my husband’s uncle, age 85, breathed his last the same week on April 25. On one side, my family was happy and celebrating and on the other, my husband’s family was mourning.

When this happened, over the course of 1 month, there were many similarities that I noticed about family bonds during this period of time that I have never realised before.

In the hospital, when my brother announced the birth and that both mom and baby are ok, my family were all there to hear the good news, that included my hubby, kids, parents, my sister-in-law’s family, my cousin brother’s family and friends. It was a very joyous occasion and you could see the excitement on everyone’s faces especially when they held the baby for the first time.

My husband’s uncle passed away in the hospital. We were asleep when my husband received the call at 3am. He rushed to the hospital with his brothers and upon arriving, his immediate relatives were there too. The atmosphere was sombre. When the deceased was brought to the family house in Kuala Selangor, there was crying and tears flowed freely.

Similar to all new moms & dads, my brother and his wife paid special attention to the needs of the little one ever since he was in the womb itself. From regular check-ups, intake of vital nutrients to gentle caresses, talking and reading to the little one. When he was born, mom and baby were in my parents’ home for the 1-month confinement period, he was the centre of everyone’s attention and you could feel the love and happiness that everyone had for this baby.

During the last days of his life, my husband’s uncle was constantly in and out of the hospital. The days when he was in the hospital, he was given round-the-clock care by the dedicated doctors and nurses. When he was out of the hospital, he was mostly in his daughter’s home where he was given constant care and attention. He was weak and his appetite was declining. His children cooked and bought his favourite food so that he would at least eat a little but to no avail. They tried to provide him the best care possible so that his last days would be as comfortable as possible.

Families unite in times of birth and death

In Tamil culture, on the 9th or 15th day once the child is born, a thanksgiving prayer is held in the home for the baby. We pray to the deity “Pechiamman” as she is the protector of children. On the 30th day, the naming ceremony was held followed by dinner. Family members were helping out at both ceremonies.

When a person passes on, many rituals are observed during the 30 days and all bear significance. One has to be on a strict vegetarian diet and prayers/mantra are recited daily. His uncle’s wish was to be buried and for his funeral rites to be held at his family home in Kuala Selangor. As the house was unoccupied for many years, a host of relatives cleaned up the house first before the deceased was brought to the house. Everyone pitched in to help out in every way possible. Even after the funeral, on the 3rd, 8th, 16th and 30th, the women got together to cook while the men made arrangements for the daily rituals.

These pictures were taken when I got married to Madhi in 2008. The top picture is with his family and the bottom one with mine.

My point in this whole blog is although there may be ups and downs in a family, but they are the ones who will be by your side when there is an event or a tragedy in your life. Families are not only those who have blood ties with you but also your friends who help you at times you need them. Sometimes we take the people closest to us for granted and then when they are gone, we realise our folly a little too late. Always treasure your moments as family, be loyal and stay committed in strengthening the bond you have with your family. 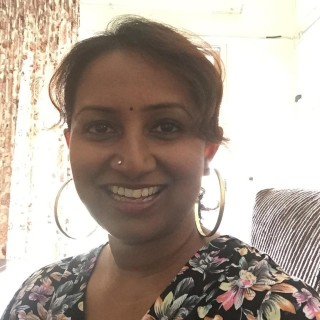